Stories of place are best brought to life through the memories of those who lived and worked in Battery Point. The following locals are waiting to accompany you and share their stories as you walk In Bobby’s Footsteps. 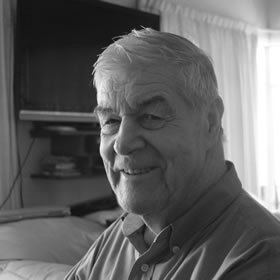 Born in 1931, Mick Purdon was the fourth generation Purdon to live in Battery Point. His great-grandfather, Tom Purdon, was the original partner in the Purdon and Featherstone (P&F) ship and boatbuilding industry. His son, Ernest, initially continued at P&F but left to pursue his trade in the slipyard next door where he was tragically killed in 1936 when he was caught in a slip winch. The land was soon after acquired by the Royal Yacht Club of Tasmania (RYCT) and developed as their foreshore facility. Ernest’s son, Don, together with his sons Mick and Sam, bought land for a slipyard from RYCT and pioneered the fibreglass boatbuilding industry, producing about 2500 fibreglass dinghies over 30 years. Sam and Mick themselves were distinguished yachtsmen and won Sharpie and Dragon class and national titles. The Purdon Brothers slipyard property is currently owned by Bob Clifford, well-known Incat shipbuilder. 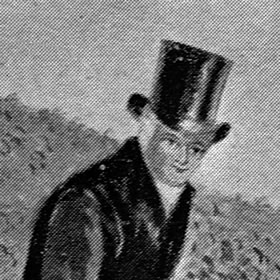 The Reverend Robert (Bobby) Knopwood accompanied Lieutenant Governor Collins to establish a settlement at Sullivans Cove in February 1804. As both chaplain and magistrate to the small group of convicts and free settlers, Knopwood was granted 30 acres of waterfront land and built the first permanent house and farm in what is now Battery Point. As well as carrying out his official duties, Knopwood established a productive food garden and regularly went bush to hunt for kangaroos, emus and other game to supplement the colony’s meagre food rations. A popular, friendly man who enjoyed a drink, Knopwood kept a daily diary outlining the day-to-day activities of the early columnists. In his later years, he was beset with financial difficulties which eventually forced him to sell his beloved Cottage Green house and garden and move to Clarence Plains on the eastern shore, where he lived out his final years. He is buried in the Anglican Church graveyard at the Rokeby. 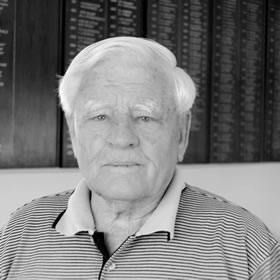 John Dineley moved from Melbourne as a child with his family and lived in Battery Point between 1939 and 1950. He lived in South Street and attended Albuera Street Primary School. He spent a happy childhood with other ‘Battery Pointers’, with many of his fondest memories associated with the slipyards around the waterfront. Although he no longer lives in Battery Point, John still has a strong association with the area and is still in close contact with some of his childhood friends. Joan Harvey was the daughter of Fred Coverdale, brother of Percy Coverdale, owner of Coverdale’s slipyard. As a child, Joan’s father was often away at Adamsfield prospecting for ozmiridian until he got a job locally with the Marine Board as a shipwright. She recalls playing on the streets during her childhood in the late 1920s and 30s, when the footpaths were ashfelt, but the roads only had a strip of bitumen in the middle with dirt horse tracks on either side. She has lived in her Battery Point home since she was born. Bill Foster was born in Battery Point in 1932 at the Queen Alexandra Hospital. His father was an upholsterer with only intermittent work and money was tight, as it was for so many Battery Point families. The difference of a shilling a week in rent was sufficiently attractive to lead the family to move from rooms in the Millers Cottage, opposite St. George’s church, to a small three roomed house in Colville Street. Bill left his studies at 14 to take up a boatbuilding apprenticeship with Jock Muir at his Battery Point yard. From that time on, Bill’s working life centred in and around the waterfront in various capacities, including 20 years as an executive officer with the State Grain Elevators Board. Since his “retirement” over 20 years ago, Bill’s love of boats has not abated. He taught for several years at the Wooden Boat School at Franklin, which is still building his own design, the Foster 10 dinghies. However, he believes his greatest and most important achievement has been the restoration of the old sailing ship, the May Queen, now moored in Constitution Dock. It was his contribution to this project, together with various other community activities that resulted him receiving the Order of Australia Medal in 2007. Mike Scott grew up in Montpelier Retreat in the 1950s in a family of eight children. His father worked on the waterfront and his mother ran a small grocery store on the corner of Montpelier Retreat and what is now Kirksway Place. Like many other Battery Point shop owners, the family lived in a cottage behind the shop. The Scott family had a strong association with Battery Point. Mike’s great-grandfather had lived in Kelly Street, his grandparents lived around the corner in Knopwood Street while aunties, uncles and cousins lived nearby. The Battery Point of Mike Scott’s childhood has long gone, but his vivid descriptions reveal a loving, supportive family despite financial hardship common to many local families. When Mike’s father was injured on the waterfront and had to take a disability pension, his mother continued to run the shop to help support the family until she had to close due to unfortunate circumstances. Although there wasn’t much money, the Scott children were always well fed. Their clothes were hand-me-downs, but as they were washed and repaired by their mum, they were proud. As Mike says simply “We had a great upbringing… we were happy!” Sister of Mike Scott, Jan Scott grew up in Montpelier Retreat in the 1950s. With five brothers and one sister, Jan describes herself as a tomboy. With her brothers, Jan roamed the streets and spent a great deal of time on the Hobart waterfront – she remembers her father teaching her to swim in Watermans’ Dock across the road from the Customs House Hotel. Although the family was always short of money, the Scott children were resourceful. They dressed up on New Year’s Eve and went round the pubs in large groups of other kids collecting money by singing “A penny, a penny in the old man’s hat. If you haven’t got a penny, a halfpenny will do. If you haven’t got a halfpenny, then God bless you!” Determined not to miss out on the fun of the annual Hobart Regatta, Jan also used to babysit for some of the sideshow owners in return for free rides! Today, Jan lives in a nearby suburb but often walks around Battery Point remembering her childhood. 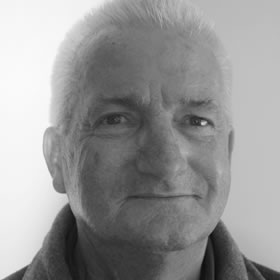 Lynn Bluett grew up in Kelly Street in the 1950s. One of 8 children, his father worked with the Marine Board and for many years operated the bridge at Constitution Dock. Lynn frequently played with his cousins, the Scotts of Montpelier Retreat, who also appear in this Battery Point walk. He describes long gone sounds and smells of Battery Point, such as the smell of jam around Kelly’s Steps drifting up from the fruit processing factories, and the Salvation Army band which played every Sunday afternoon in Arthur Circus. Although Lynn no longer lives in Battery Point, he retains a strong connection to the area. 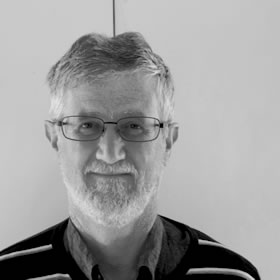 Ian Broinowski first lived in Battery Point when he was a university student in the 1970s. He later married, bought a house in the area and has remained in the suburb ever since. A concerned resident, he has written a steady stream of letters to the newspaper over the last 25 years documenting many aspects of social change in Battery Point. He was secretary of the Battery Point and Sullivans Cove Community Association for 10 years and remains a staunch defender of Battery Point’s heritage values. He is a firm believer in the power of small local organisations to prevent inappropriate development and proud of the successes the Association has enjoyed over the years. He sees a commercial future for local small business to invest in the heritage values that make Battery Point special.

… We used to swim around there too – it was all part of our playground. We used to do a lot of swimming around Secheron. There were some old cement bags in the water off there and we used to dive off them.